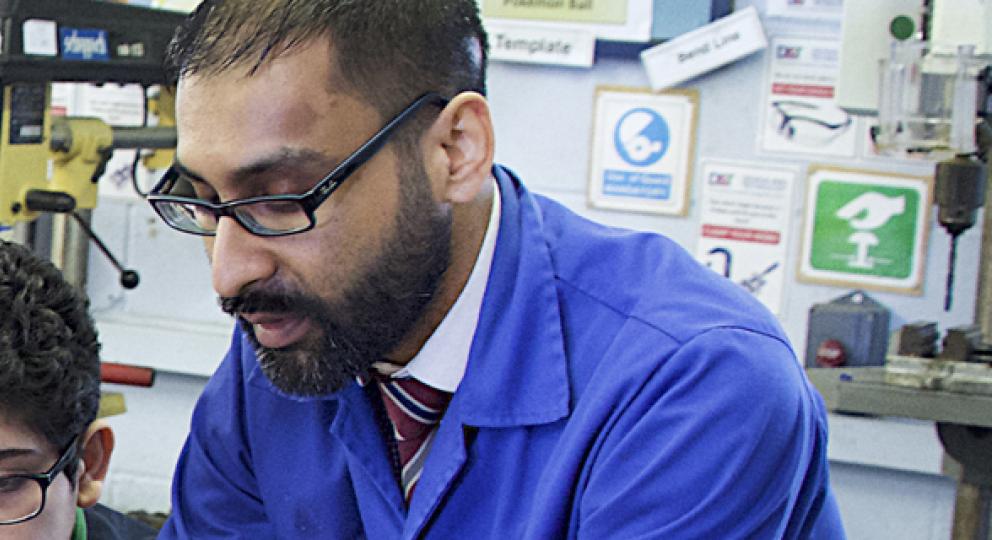 Absolute right
A right that is so fundamental that it can never be interfered with, for example, the right not to be tortured.

A draft Act, still being considered by Parliament.

Civil and Political rights
The rights of individuals to liberty and equality; sometimes referred to as first generation rights. Civil and political rights include freedom to worship, freedom of thought and expression, to vote, to take part in political life such as voting, to freely associate and to have access to information.

Convention
A type of treaty (formal agreement between country leaders, politicians and states on a matter which involves them all). This is a binding agreement that states are obliged to uphold, but it usually does not have any legal force, and individuals are not usually able to take action. The exception is the European Convention on Human Rights, which is legally binding in the UK.

Covenant
Another type of treaty; a binding agreement to do or keep from doing a specified thing. Examples include the International Covenant on Civil and Political Rights, developed by the UN and in force since 1976.

Declaration
A document agreeing upon certain standards, but one that is not legally binding, for example, the UDHR.

Diverse
Widely varied. In the sense of a diverse population, people are from a range of backgrounds, ethnicities and cultures.

Direct discrimination
This refers to less favourable treatment against an individual because of that person's protected characteristic.

Dignity
A value owed to all humans, to be treated with respect.

Disability
A person has a disability if s/he has a physical or mental impairment which has a substantial and long-term adverse effect on that person's ability to carry out normal day-to-day activities.

Economic, Social and Cultural rights
Rights that concern the production, development, and management of material for the necessities of life. Rights that give people social and economic security, sometimes referred to as security-oriented or second generation rights. Examples are the right to food, shelter, education and health care.

Equality
Equality is about ensuring that every individual has an equal opportunity to make the most of their lives and talents, and believing that no one should have poorer life chances because of where, what or whom they were born, or because of other characteristics. Equality recognises that historically, certain groups of people with particular characteristics e.g. those of certain races, disabled people, women and gays and lesbians, have experienced discrimination.

Gender reassignment
The process of transitioning from one gender to another.

Harassment
Unwanted conduct related to a protected characteristic that has the purpose or effect of violating a person’s dignity or creates an intimidating, hostile, degrading, humiliating or offensive environment. It may also involve unwanted conduct of a sexual nature or be related to gender reassignment or sex. The conduct can either be a serious one-off event or be a ‘course of conduct’, i.e. it happens on a number of occasions.

Human rights
Human rights are the basic rights and freedoms to which all humans are entitled. They ensure people can live freely and that they are able to flourish, reach their potential and participate in society. They ensure that people are treated fairly and with dignity and respect. You have human rights simply because you are human and they cannot be taken away.

Identity
The characteristics and qualities of a person, considered collectively, and regarded as essential to that person’s self-awareness.

Inalienable
Something that cannot be taken away. We have human rights simply because we are human. We cannot give these rights away nor can they be taken from us by anybody (although they can be limited or qualified in certain circumstances).

Indirect discrimination
This is when a provision, criterion or practice is applied in a way that creates disproportionate disadvantage for a person with a protected characteristic as compared to those who do not share that characteristic, and this is not a proportionate means of achieving a legitimate aim.

Indivisible
Something that cannot be divided. There are many different types of human rights, Civil and Political, Economic, Social and Cultural, and the principle of these rights being indivisible means that they are inextricably linked. As stated at the Vienna World Conference on Human Rights in 1993, 'All human rights are universal, indivisible and interdependent and related.'

Justice
The moral principle ensuring fairness and reasonableness in the way people are treated, as well as the administration of the law, and the authority in maintaining this process. This is a value the European Convention on Human Rights was founded on, although it is not mentioned in the actual text.

Legal rights
Rights that are laid down in law and can be defended and brought before courts of law.

Legislation
Law made by the UK Parliament, the Scottish Parliament, and the Welsh Assembly.

Limited right
A right that can be restricted only in some strictly defined circumstances, e.g. the right to liberty can only be restricted in certain circumstances, for example, if you have been convicted of a crime or are mentally ill and pose a serious risk of harm to yourself or to others.

Marriage and civil partnership
Marriage is defined as a 'union between a man and a woman'. Same-sex couples can have their relationships legally recognised as 'civil partnerships'. Civil partners must be treated the same as married couples in a wide range of circumstances, such as employment, education, service provision and housing. Failure to do so would amount to discrimination on grounds of sexual orientation.

Positive action
Lawful actions that seeks to overcome or minimise disadvantages that people who share a protected characteristic have experienced, or to meet their different needs (e.g. providing mentoring to encourage staff from under-represented groups to apply for promotion).

Positive Discrimination
Treating someone with a protected characteristic more favourably to counteract the effects of past discrimination. It is generally not lawful although the duty to make reasonable adjustments is an exception where treating a disabled person more favourably may be required by law, so it is legitimate to provide reasonable adjustments which favour of a disabled person.

Pregnancy and maternity
Pregnancy is the condition of being pregnant or expecting a baby. Maternity refers to the period after the birth, and is linked to maternity leave in the employment context. In the non-work context, protection against maternity discrimination is for 26 weeks after giving birth, and this includes treating a woman unfavourably because she is breastfeeding. After 26 weeks, sex discrimination protection applies.

Prejudice
Judging someone without knowing them, on the basis of what they look like or what group they belong to, e.g. all black people are good dancers.

Primary legislation
An Act of Parliament that goes through a full process of scrutiny by both the House of Lords and the House of Commons.

Protected characteristics
These are the grounds upon which discrimination is unlawful. The characteristics are: age, disability, gender reassignment, marriage and civil partnership, pregnancy and maternity, race, religion or belief, sex and sexual orientation.

Protocol
A new treaty which modifies another treaty (generally adding additional procedures or substantive provisions). The European Convention on Human Rights has 13 protocols, separate treaties to update the original, added gradually between 1952 and 2002.

Public authority
Organisations and individuals that carry out public functions - this would include government departments, local authorities, health authorities and hospitals, schools, prisons, and police for example.

Public bodies (Non-Departmental)
Public bodies are defined as bodies which have a role in the processes of national Government but are not a Government department or part of one. They operate to a greater or lesser extent at arm's length from Ministers, and include the Equality and Human Rights Commission.

Public sector equality duty
The duty on a public authority when carrying out its functions to have due regard to the need to eliminate unlawful discrimination, harassment and victimisation, foster good relations and advance equality of opportunity.

Qualified right
A right that can be restricted in circumstances where it is in the interest of the wider community, for example, the right to freedom of expression.

Race
Refers to the protected characteristic of Race. It refers to a group of people defined by their race, colour, and nationality (including citizenship), ethnic or national origins.

Racism
Treating someone unfairly because of their race, colour, nationality or ethnic or national origins.

Ratify
The formal procedure by a state to finalise an agreement, Convention or Treaty, making it official and binding.

Reasonable Adjustment
The duty on schools to make reasonable adjustments requires schools to take positive steps to ensure that disabled pupils can fully participate in education provided by the school, and that they can enjoy the other benefits, facilities and services which schools provide for pupils. This duty goes beyond simply avoiding discrimination, and requires schools to anticipate the needs of potential pupils for reasonable adjustments, as well as recognising that a disabled pupil’s needs may change over time.

Respect
Taking into account the views and desires of others in how you treat people.

Religion or belief
Religion has the meaning usually given to it but belief includes religious and philosophical beliefs including lack of belief (e.g. Atheism). Generally, a belief should affect your life choices or the way you live for it to be included in the definition.

Right
A right is a moral or legal entitlement to have or do something.

Sex
A man or a woman.

Sexual orientation
Whether a person's sexual attraction is towards their own sex, the opposite sex or to both sexes.

State
Often synonymous with 'country'; a group of people permanently occupying a fixed territory having common laws and government and capable of conducting international affairs.

Stereotypes
Thinking all people who belong to a certain group are the same and labelling them, e.g. all young people who wear hoodies are thugs and all effeminate men are gay.

Transgender
An umbrella term for people whose gender identity and / or gender expression differs from their birth sex. They may or may not seek to undergo gender reassignment, including hormonal treatment and/or surgery. Often used interchangeably with 'trans'.

Treaty
A written agreement between two or more states formally approved and signed by their leaders, or between the UN and a member state.

United Nations
An organisation that was founded in 1945, with the aim to facilitate world wide cooperation in international law, international security, economic development, social progress and human rights issues.

United Nations Charter
Initial document of the UN setting forth its goals, functions, and responsibilities; adopted in San Francisco in 1945.

Universal
Something that applies everywhere and in all cases. Human rights are universal; they belong to everyone who is part of the human family.

Values
'Values are principles, fundamental convictions, ideals, standards or life stances which act as general guides to behaviour or as points of reference in decision-making or the evaluation of beliefs or actions and which are closely connected to personal integrity and personal identity.' (Halstead, 1996, p5). Halstead, J.M. (1996) 'Values and Values Education in Schools'.

Victimisation
Subjecting a person to a detriment because they have done a protected act or there is a belief that they have done a protected act i.e. bringing proceedings under the Equality Act 2010; giving evidence or information in connection with proceedings under the Act; doing any other thing for the purposes or in connection with the Act; making an allegation that a person has contravened the Act.