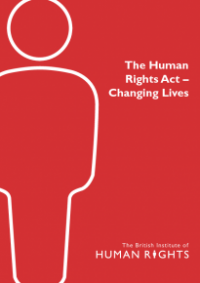 When the Human Rights Act was passed in 1998, the Government explained that its purpose was to support a culture of respect for everyone’s human rights - making human rights a feature of everyday life. The idea was that principles such as dignity, equality, respect, fairness and autonomy would be used by individuals and groups to negotiate improved public services, and by public service providers as a tool to improve the quality of their services. Thus the Human Rights Act would have its greatest impact not in our courts of law, out of the reach of the public at large, but in the wider community, especially in the hands of those who provide public services and those who use them. Through this process, a culture of respect for human rights would take root in the UK