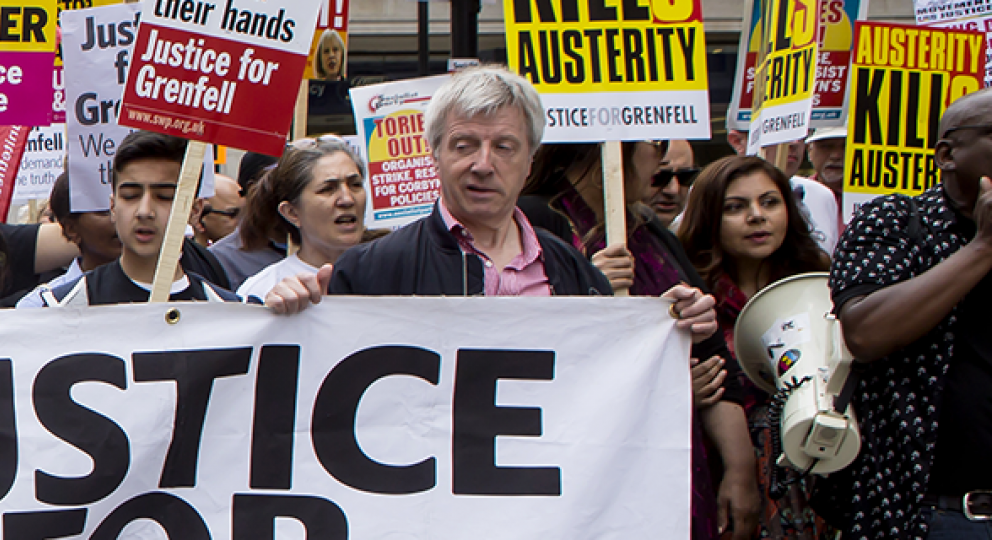 Why are so many Grenfell survivors still without a home of their own?

Many people can remember exactly where they were when they heard about the Grenfell Tower fire.

At North Kensington Law Centre, we have no trouble recalling our whereabouts, situated as we are next to the foot of the tower. Since 1970, we’ve been providing free and low cost legal advice to the community. So when the fire happened, we sought to provide residents with access to justice at their time of greatest need.

Primarily, we have been supporting residents by:

We have also been providing practical solutions to the problems that arise when someone's home has been destroyed and they are grieving for lost family and friends.

An unacceptable number of survivors remain in hotels

Almost one year on and an unacceptable number of survivors remain in hotels. Of the 210 households from Grenfell Tower and Grenfell Walk:

A further 89 families from neighbouring blocks remain in emergency or temporary accommodation (Grenfell Support, 31 May 2018). Only recently has the council given these households the opportunity to examine their long-term housing options.

Only one out of the 128 households that were evacuated from the wider area has been permanently re-housed (Grenfell Support, 31 May 2018). Many are unable to return to their old home, traumatised by what they saw last June and incapable of rebuilding their lives in the shadow of the burned-out tower.

Emergency accommodation lacks basic amenities others take for granted: a home-cooked family meal; sleeping in your own bed; and living alongside your friends and neighbours. It is difficult to make major life decisions when you are still living out of a suitcase and grieving for lost loved ones.

Too often the local authority has fallen short

Our clients tell us stories of their own suffering, and of the failures of a local authority in which they have no confidence.

It is not easy to re-house so many people in a city in the grip of a well-documented housing crisis, but too often the local authority has fallen short. Service delivery is frequently inadequate, and survivors are too often treated with a lack of empathy and understanding.

For example, many residents have been placed under undue pressure to sign tenancy agreements, undermining commitments made by the authorities that residents would be rehoused at their own pace. This reinforces cynicism and mistrust, and shatters survivors’ confidence in signing the lease.

Crucially, survivors’ experiences of the fire’s aftermath cannot be separated from their experience of the fire itself. Until an individual feels they have achieved justice – whether in relation to their housing, through the inquiry, or the criminal investigation – their tragedy continues. For many, there is little hope of ever recovering fully. Any interaction between the council and residents since last June must be understood in this context. While the council has had the capacity to alleviate some of the trauma, it has too often only exacerbated it.

Survivors and bereaved family members have spoken with courage and dignity about their loss and suffering during the opening days of the official inquiry. Their testimonies have reminded the world that Grenfell has not gone away.

The longer so many survivors remain without permanent accommodation, the more important it is to question why.

North Kensington Law Centre provides free and low cost legal advice to the community in West London, and has been working to give survivors of the Grenfell Tower fire access to justice since last June.