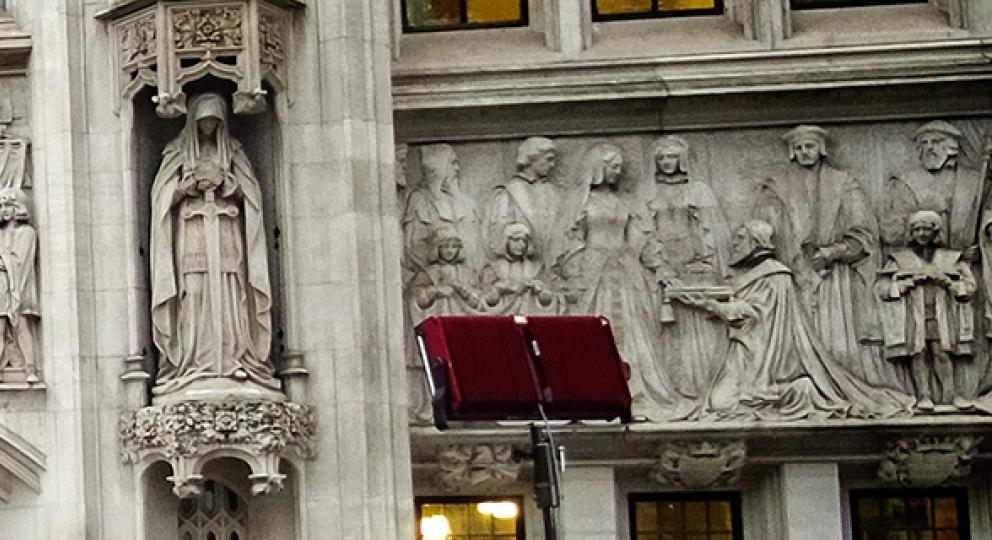 The Supreme Court has now handed down its judgment on employment tribunal fees. UNISON, who brought the case, challenged government policy on fees, arguing that they are a significant barrier to employees enforcing their workplace rights. The Commission provided expert evidence in the case and we welcome the decision today that the fees are unlawful and discriminatory.

We all have the right to be free from discrimination, but unfortunately examples of unfair treatment are not hard to find. The Commission’s 2015 research into pregnancy and maternity discrimination at work found that around 1 in 9 pregnant women and new mothers were either dismissed, made compulsorily redundant where others were not, or treated so poorly they had to leave their job.

In spite of this, after the introduction of employment tribunal fees in July 2013, pregnancy and maternity discrimination claims dropped by 45% between 2012 to 2013 and 2016 to 2017. While over 77% of pregnant women and new mothers report experiencing disadvantage, fewer than 1% lodge a tribunal claim, identifying the financial cost as a significant hurdle. This, together with the time limit to bring a discrimination case, means that women face a double penalty. The Commission strongly recommends that the time limit for pregnancy and maternity claims should be extended to 6 months to ease the pressure to make a claim at the same time as dealing with stresses of new motherhood.

Some of the reduction in claims may be due to people resolving disputes by other means, such as conciliation, however a substantial number of people simply could not afford to access justice – 40% of those who felt their employers had breached their rights said the fees stopped from them from going to employment tribunal, according to the government's own review of the fees in January 2017.

Today’s judgment is a vindication for the many organisations and individuals who have been campaigning for government to scrap the fees, arguing that they are discriminatory – they disproportionately affect women, disabled people, ethnic minorities and those in low income jobs – and breach the right to access to justice under Article 6 of the European Convention on Human Rights. This states that that access to a court must be ‘real and effective’ – in other words, it must be a genuine option for everyone.

Under the current system, this is clearly not the case. Those with complex cases have to pay a total of £1,200 to seek recompense for unjust treatment at work, and even those eligible for a discount (because they have under £3,000 in savings and are on a lower income), can end up spending hundreds of pounds. For example, someone on £22,500 (the national average annual salary), would have to pay around £565. This prices people out of justice, effectively lets employers off the hook for unlawful practice, and risks driving down standards in the workplace.

The Commission welcomes the government’s commitment to take immediate steps to abolish the fees in employment tribunals and put in place arrangements to refund those who have paid. This is a much-needed recognition that the right to access justice must be based on the merit of your case, not your ability to pay.

The Supreme Court decision underlines how important it is for government to listen to those affected by its policies, and properly assess and review the impact on those who are being left behind in society. The Commission has published major reports in recent years, such as Being disabled in Britain and Healing a divided Britain, showing the extent of inequality faced by disabled people and ethnic minorities. If the Prime Minister is serious about creating a more equal society, the government needs to use this evidence in order to avoid introducing more policies that exacerbate the persistent disadvantage faced by many.

Although this judgment is a very positive step in the right direction, employment tribunal fees are not the only barrier to justice in Britain. The Government should also conduct an urgent review of the impact of the Legal Aid, Sentencing and Punishment of Offenders Act (LASPO) on people’s ability to enforce their rights. One of the aims of LASPO, which faced widespread opposition when introduced, was to cut legal aid by £350 million across many areas, including family and housing.

Without appropriate access to legal aid, people bringing cases face an uneven playing field when going up against wealthy organisations and individuals able to spend more on fees and expert evidence. This is creating a ‘two-tiered’ justice system where only the wealthy are able to defend themselves against breaches of their rights.

The Commission will continue to take a robust approach to those who infringe the rights of others, assisting individuals where possible and undertaking enforcement and strategic litigation to hold to account employers and service providers who discriminate. But this alone will not fill the huge void in access to justice experienced by many in Britain. In the words from today’s judgment, without access to justice “laws are liable to become dead letter, the work done by Parliament may be rendered nugatory, and the democratic election of Members of Parliament may become a meaningless charade".