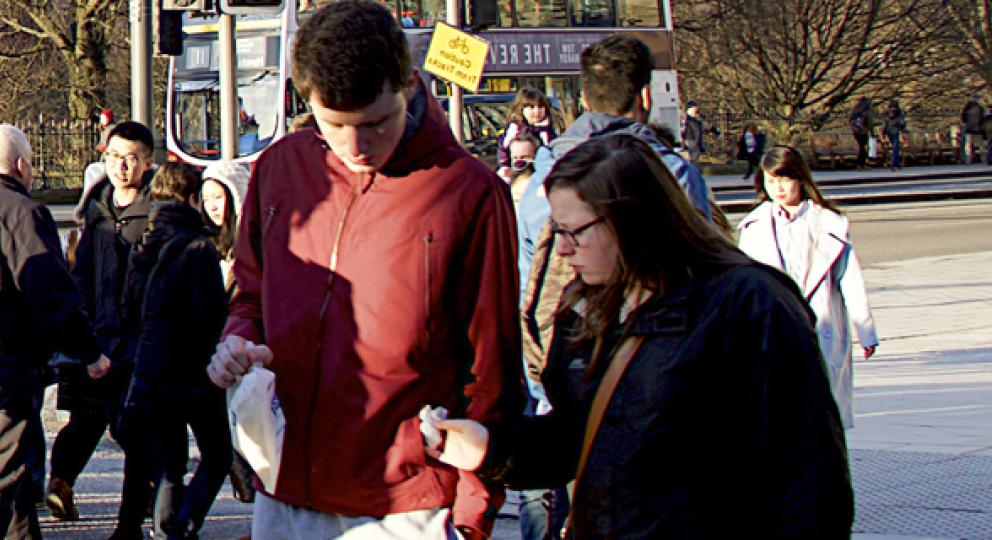 We have significant powers to get involved in legal cases that cover equality and human rights. These powers are set out in the Equality Act 2006. Some of our recent legal cases are listed below.

The High Court found that the different treatment of disabled people who moved to new local authority areas compared to those who moved within the same area was discriminatory, contrary to Article 14 of the European Convention on Human Rights.

As a result of this initial ruling, the Government tried to fix the situation by stopping other disabled people migrating from their existing benefits and providing those who had already moved onto Universal Credit with transitional payments. However, the transitional payments the Department for Work and Pensions proposed to pay were at a rate of £80 per month, rather than the £180 per month they had lost.

In a second challenge, TP, AR and a third claimant SXC, argued that giving them the lower rate was unlawful because they were being treated differently to disabled people who remained on legacy benefits. The High Court ruled that the difference in treatment between the two groups, who have the same support needs, was unlawful.

We intervened in both of these cases when they were heard before the High Court and in the joined appeal to challenge a policy which was discriminatory against people with severe disabilities.

The Court of Appeal agreed with the rulings by the High Court, which will help to protect thousands of disabled people against a sudden and substantial benefit cut.

Use of restraint in schools across Scotland

Last year, the Children and Young People’s Commissioner’s “No Safe Place” investigation found that use of restraint and seclusion on pupils across Scotland is largely unmonitored, with glaring inconsistencies across local authorities.

The investigation recommended that the Scottish Government produce effective and human rights-compliant national guidance to direct local authorities, schools and staff in the lawful use of restraint and seclusion.

We joined with the Commissioner, warning the Government that without new guidance it was in breach of its human rights obligations to children, as laid out in the United Nations Convention on the Rights of the Child (UNCRC) and the European Convention on Human Rights (ECHR).

Although the Scottish Government agreed to refresh the existing two-page guidance, this was not sufficient to safeguard children’s rights and in August 2019, we used our power to support a Judicial Review raised in the Scottish courts.

The Scottish Government has now agreed to produce human rights based guidance on restraint, review the effectiveness of the guidance after one year and consider the use of a statutory change if the guidance has not been effective. It will also introduce a new recording system in relation to the use of seclusion and restraint.

We have secured a shift in policy and practice which will protect the human rights of children who are often disabled or have additional support needs in situations where restraint and seclusion have – until now – been used as tools of discipline.

The Manders, who are British of Sikh Indian heritage, were told that although they would be suitable adoptive parents they could not apply. White couples would be given priority as there were only white children available.  They were then advised to consider adopting from India.

When they complained and there was no positive outcome, they took legal action. The County Court ruled in favour of their claim that they should not have been barred from applying to join the approved adopters register because of where their parents were born and declared the council’s action as “direct discrimination on the grounds of race”.

This successful outcome will prevent other couples being unlawfully discriminated against because of their race.

We funded the case and are now seeking a legally binding agreement with the council to ensure staff are properly trained and this doesn’t happen again.

B believed that she was demoted and overlooked for promotion whilst on maternity leave.

Upon making an employment tribunal claim on that basis, B was then subjected to disciplinary proceedings, with her employer alleging that the statements she made were false.

B then resigned and made a second claim for victimisation.

The case settled out of court, which was a successful result for us and the claimant.

At a preliminary hearing, the employment tribunal found that a report which had been withheld by the bank had to be disclosed to A. The bank appealed to the employment appeal tribunal against this decision.

The case settled and we will consider whether further enforcement action should be taken against the bank.